The Words of God 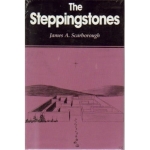 The religious beliefs of countless Christians are based primarily upon English translations of the Scriptures.  It is a matter of importance, then, to see if this foundation is an accurate reflection of the earliest documents.  To this end we will look briefly at some of the difficulties involved in the translation process.  We will look at pitfalls involved with the brevity of translations, idioms, word-for-word equivalents, and intentional ambiguity.  It will not be necessary to deal with differences in grammar, tense, syntax, and so on.

A student of the Scriptures is necessarily a student of words.  It is not possible for the seeker to find the full richness conveyed by the Scriptural accounts unless he first discovers the meanings of the words used.  We are not referring to the English words, but to the words used in the original languages.

In the Greek manuscripts of the New Testament, for example, one frequently finds a Greek word which requires an English sentence, or even a paragraph, to bring out its meaning (Tibbs' note: more likely "an English phrase" and never "a paragraph").  Since Biblical translations are held to a minimum of words, much meaning can be lost.  At times, then, a translation may be brief to the point of obscuring the full meaning.  A verse illustrating this states that it is God's intention "to sum up" all things in Christ (Eph 1:10 NAS).  One finds that the word briefly translated as "to sum up" means "to bring back to, and to gather around, the main point."  A Greek preposition used therein points back to a previous condition where no separation existed (Vincent, Vol. III).  This verse carries the implication that at some point in prehistory we were not separated from Christ, but that a separation occurred and a reunification with Christ is Divinely willed.  The richness of meaning of this verse is sacrificed by the brevity of the translation.  Translations with brevity in mind inevitably leave out some of the meaning and alter some of the rest.

Let us turn now to the challenge of making a word-for-word translation.  Upon comparing one language with another one finds that the meanings of words and the mental images they evoke seldom correspond exactly.  Accordingly, it is often not a simple task for a translator to render a New Testament phrase in Koine Greek (an amalgam of Greek dialects, during the time of the Roman Empire, that replaced classical Greek) into an English phrase having exactly the same meaning.  The task is made even more difficult if the Greek word is thought to have a special meaning in the New Testament different from its meaning everywhere else in the Greek language.  This remarkable supposition invites previously held doctrinal beliefs to enter into the translation of the documents from which those very beliefs are alleged to have come, a kind of circular illogic which renders the beliefs unreliable.

Be that as it may, let us briefly illustrate the difficulty posed by the word-for-word process with an exercise in translating a fictitious foreign language.  Suppose we find the phrase "ha rennt" and that we consult a bilingual dictionary for the meanings of these words.  We find that "ha" means either "it" or "he" in English, and that "rennt" may mean any of the following: "run, jog, sprint, lope, trot."  Depending upon the pronoun chosen ("it" or "he") and the verb chosen, we arrive at ten possible translations of "ha rennt," such as "it runs," "he sprints," and so on.  The point is simply this: there is no one-to-one corrspondence between words of one language and another.  Accordingly, no word-for-word translation of a Bible can exist.  It is not even a theoretical possibility.

A translation is, at best, meaning-for-meaning, not the fictitious word-for-word.  In order to accomplish such a translation, however, the translator must know the meaning of the writings.  This is particuarly difficult when the meanings of the words are not clearly known.  The exact meaning of a great many Greek and Hebrew words is conjectural.  Meanings are deduced based on the theological beliefs of the translators, or on the context in which the words are found, or upon related words from similar roots.  It sometimes happens that there is no single English word which represents an adequate translation.  Let us look at a passage from the writings of Paul to illustrate this point.

"For we know that if the earthly tent which is our house is torn down, we have a building from God, a house not made with hands, eternal in the heavens.  For indeed in this house we groan, longing to be clothed with our dwelling from heaven; inasmuch as we, having put it on, shall not be found naked" (II Cor 5:1-3 NAS).

What is the meaning of this passage?  What is the meaning of this strange reference Paul makes to nakedness?  The passage becomes clear upon learning that the word translated as "naked" means "without a physical body."  The word was used by Greek writers referring to disembodied spirits (Vincent, Vol. III).  Paul is simply stating that, after our struggles in the physical body (tent, house) are finished, we shall have a spirit body (building, house, dwelling) eternal in the heavens.

In addition to the language problems mentioned so far, another problem is that languages have great numbers of phrases which do not mean what they literally say.  Such phrases are called idioms.  Idioms require, for their accurate translation, a virtual day-to-day speaking knowledge of the languages and an intimate knowledge of the culture.  As such, they represent special difficulties for the translator.  As a modern example, we find the phrase vor drei Jahre in German would be literally translated as "before, or, in front of three years."  The corresponding idiom in French is il y a trois ans, literally translated as "it there has been three years."  Neither the French nor the German idioms translate literally into meaningful English, but both translate into the English idiomatic equivalent "three years ago."  This sort of problem gave rise to the incorrect translation of Paul's ascent into Heaven as being "above fourteen years ago" (II Cor 12:2), as the Greek idiom  was not understood at the time of the King James translation (Vincent, Vol. III).

It is quite clear at this point in the discussion that language is a tricky business.  (Is it a business?  Does it have the intention to trick?).  But let us not go overboard.  (Do we have permission to climb over the side of the ship into the water?).  A great deal of human judgment and experience enters into making a translation.  It is not a mathematically precise endeavor.  The translator must make many choices and, by virtue of these choices, the translator is, to a greater or lesser extent, also an interpreter.  All Bible translations are, therefore, interpretations of the manuscripts from which they were derived.  Translation includes  interpretation.  Such is the nature of languages.

Quite naturally, the honest and conscientious scholars who have labored on Biblical translation have exhausted every avenue to ensure that their translations are as accurate as possible under the circumstances.  It is, nevertheless, not surprising that different versions of the Bible can differ markedly in the doctrines they will support.  Owing to the human judgment involved in the translation process and in the selection of suitable early documents as reference points, it is not difficult to find places where different versions of the Bible support opposing views of doctrine with the same verse.  Such a situation occurs in the book of Luke, in which it is related that a woman exclaimed to Jesus, "Blessed is the womb that bore You, and the breasts at which You nursed" (Luke 11:27 NAS).  Jesus is reported to have replied, "Yea" (Luke 11:28 AKJ), "On the contrary" (NAS), "Rather" (NIV), "No" (NEB, GNT).  This remarkable selection of responses allows each reader to find justification for his view of Mary, the mother of Jesus, by choosing the translation that agrees with his bias.  Christ's true meaning is obscured here.